How many senior titles did you win with Neptunes?
Seven championships, five knock-outs, seven President’s Cups

How do you regard Neptunes’ fifth league title in succession?
It is literally a historic feat. It classifies us as the greatest team to have played locally.

What was the reason behind this success?
Hard work, dedication, pride and plenty of self-belief by each player who was lucky enough to form part of the team. However, there is also the hard work put in by the coaching staff and administration which definitely deserves gratitude and recognition.

How difficult is it to emulate such a feat?
Very difficult. To be good requires hard work. To be great requires consistency, and that’s the hardest thing for any athlete or team. We have been consistently great for five seasons. 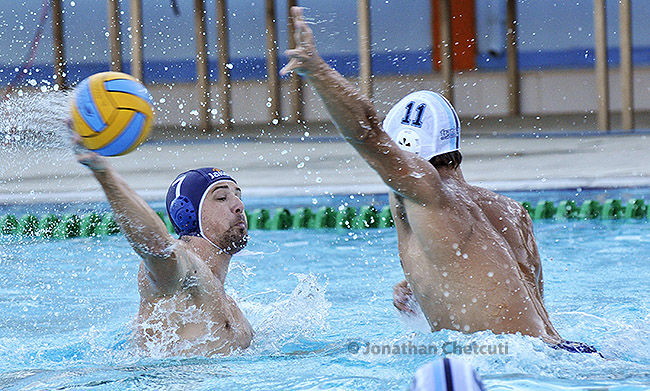 Do you think Neptunes can extend this run of successes?
It will be very tough, however, given the self-confidence we have gained over the years it is very possible.

Can you recount all Neptunes’ five league wins?
Each year had its own challenges and obstacles that made the road to success a bumpy one. 2010 was the hardest because it came after two years of not winning the league. So we were still building on our self-confidence. 2011 came down to game five of play-offs although we had dominated through the season. In 2012 we had to face the play-offs after a couple of bad losses and weren’t at our strongest mentally. However, we dug deep and won the play-off series 3-1. In 2013 we lost a couple of direct encounters and were forced to chase the leaders. But here we also showed great character to come from behind and win two successive matches against title favourites San Giljan and equal the record of four titles in a row. This season we started slow and Peter’s injury and also mine did not help much, either. However, we came together when it mattered most and clearly showed that between us and the rest there was quite a gap.

What was your contribution towards this epic league triumph?
I don’t like to speak about myself and I feel I always did what was best for the team. I am often praised for my goal-scoring ability, however, there are also other aspects of my game that most times go unnoticed.

Why is it difficult to stay at the top after reaching the summit?
On the way up you’re treated just like any other team competing for the same goal. Once you’re up there above everyone else the other teams’ target is no longer to make their way up but to bring you down.

Neptunes are known for striking ‘firsts.’ Was it co-incidental this year?
When you win five leagues in a row nothing is left to chance. To win over a long period such as we have done requires extra efforts and sacrifice. Therefore I think it was no coincidence but simply the result of working harder than any other team.

Can our youngsters maintain this winning streak in future years?
Possibly. However, they will have to surely work hard to earn their spurs. I hope this record will motivate them to put that extra effort and eventually play their part in keeping this club on top where it belongs.