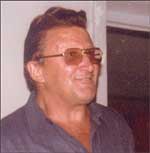 One cannot but look back with pride on the Eighties which must definitely be called the “Neptunes years” as we bagged an average of a major honour every year. In fact we won five Knock-Out competitions and five League Championships – four of which in succession. This record stood for 15 years until it was matched by Sliema in 2004.

The Eighties started under Croatian coach Bruno Cvitan who had Freddie Griscti as his assistant. Bruno was more of a father to the players than anything else. One can still remember him tempting the players with the Yugoslav chocolate during training. This was the prize for winning the training match in the evening training.

Bruno was instrumental in moulding a number of players with his morning sessions for the youngsters like Anthony Cachia, Timmy Camilleri, Simon Stilon, Chris Bonello, Adrian Cachia, Dorian Pisani, Colin Gambin, Sandro Bianchi and Leonard Cachia amongst others. These went on to win the under 18 championship the following year – an honour which had eluded us for a number of years. Most of these were to form the backbone of the record-breaking First Division side from 1986 onwards.

There seemed to be a connection between Yugoslavs and the Knock-Out competition as under Bruno’s guidance we won the KO in 1980 and 1981.

1983 saw the arrival of foreign players in Malta and Neptunes engaged Josip Kovacevic following sound advice from fellow Croat Bruno Cvitan. Here again, we managed to win the KO competition against Valletta. After the match, the presentation ceremony was delayed as the Trophy had to be fished out of the notorious weeds of the Birzebbuga pool after it was thrown there by a Valletta player, who, ironically, did not play in the final as he was suspended.

The following year, we managed to tempt Dutch international Jan Evert Veer from Sirens. Jan had vast international experience and could play in any position. One cannot but mention Gianni Lonzi – our technical advisor for that year. Gianni was a gold medalist as a player in the 1960 Olympics and had also been Italy’s national coach for a number of years. Obviously, the fact that we signed Gianni, drew the ire of our eternal rivals from Sliema who had tried, but without success, to lure Lonzi to Ghar id-Dud. This fact led them to protest with the ASA that Lonzi could not accompany our team on the substitutes’ bench.

Gianni was ably assisted by Pippo Psaila who left no stone unturned to ensure that Lonzi’s plans were carried out to the letter and we ended up by winning the league after a dry spell of seven years. And the prize was the one and only Martini gold-plated Cup.

Although we did not win anything in 1985, it was the year when most of the youngsters saw real-live first division action.

In a match against Sliema, our coach Jan Evert Veer practically changed all the old guard and gave the young players a taste of the action. Although we lost that game, it signalled a new beginning, as that team became the standard formation for many years to come. That year Valletta won the double, but we had the honour of being the only team to lower their colours that year.

1986-1989: These four years must certainly rank as the best our club has experienced in its 75-year history. It was just by chance that the man behind it all, Claudio Silvestri, actually ended up at Neptunes after the coach who was originally engaged to come over for 1986, had suffered a heart attack.

The committee therefore turned to Silvestri who had guided the ASA Under- 19 squad in the European Championships in Berlin the previous year.

Things could not have turned out better. Claudio’s “cool and relaxed” way of conducting training sessions plus other extra-curricular activities after training, helped form a formidable team spirit. 1986 saw the signing of John Paris from Exiles and this fact helped in no small measure to boost our fire-power. In 1988 Ian Azzopardi joined us from San Giljan.

Claudio Silvestri, whose assistant was Joe Chetcuti, managed to integrate experienced players such as Chris Galea, Tony Camilleri and Albert Portelli with the new blood mentioned above, to obtain outstanding results.

These results could not have materialised without the sterling work of the committee under the guidance of our beloved Wilfred Mamo.

These four titles are a legacy of his hard work and unflinching dedication to the club he loved so much.