They are the heroes who broke uncharted territory of Maltese waterpolo when they helped our club win five titles in a row.

This was yet another first which was complemented by that of the Camilleris who became the first siblings to achieve this unique feat, that of Markoch as a coach as well as that of a foreigner in Maltese waterpolo, the great Hungarian triple Olympic gold medallist, Tamas Molnar.

The multiple interview featuring four of our players in this milestone feat is an appropriate sequel to their great achievement. 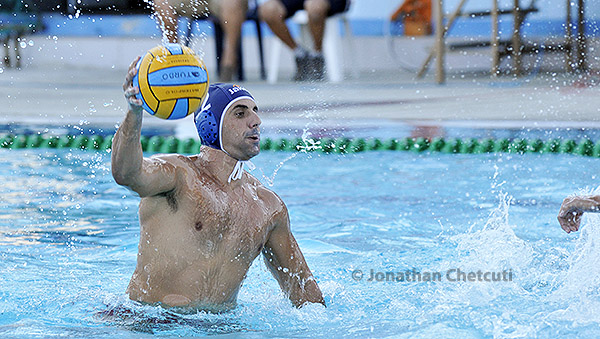 How many senior titles did you win with Neptunes?
Seven league titles, five knock-outs and seven President’s Cups.

How do you regard Neptunes’ fifth league title in succession?
It was a great achievement winning the fifth title in a row. However, it wasn’t  as  easy as it seemed. We worked hard throughout the year and I think we   deserved it.

What was the reason behind this success?
I believe that at the moment we have the best team. The team spirit is fantastic and we all work together to achieve our targets. The guidance of our coach was also instrumental in these five years.

How difficult is it to emulate such a feat?
It is always difficult to win a league title let alone five in a row. At this moment the club in general is going through a positive period. To win there needs to be unity all around the club including players, committee members and  supporters.

Do you think Neptunes can extend this run of successes?
I don’t think that we are done yet. The team seems to get stronger every year.

Can you recount all Neptunes’ five league wins?
All leagues have been very memorable in their own way and not to be forgotten.

What was your contribution towards this epic league triumph?
Well, as captain I feel I always gave my best in the pool and also beyond it.  I try to keep the team as united as possible.

Why is it difficult to stay at the top after reaching the summit?
Our opponents will always try their best to kick us off the top. Therefore it’s like everyone is preparing to beat only us. That makes it harder to remain at the top but at the same time it motivates us even more.

Neptunes are known for striking ‘firsts.’ Was it co-incidental this year?
Probably co-incidental. However, we like being first when achieving these honours.

Can our youngsters maintain this winning streak in future years?
Hopefully, the team can introduce youngsters to start getting a taste of top division in Malta. With the talent there is I don’t think it should be a problem.