Neptunes Emirates started their title defence with a resounding 23-4 victory over Ta’ Xbiex, in a match which resembled more of a training spin for the Balluta Bay club.

Neptunes had Steven Camilleri back from yet another successful with Italian Serie A side Bogliasco. Former Hungarian international Tamas Molnar again spearheaded the side which also included a new face, that of Montenegrin Vladimir Gojkovic, another quality breed from a country which has emerged as one of the best after the Yugoslav Federation was split. 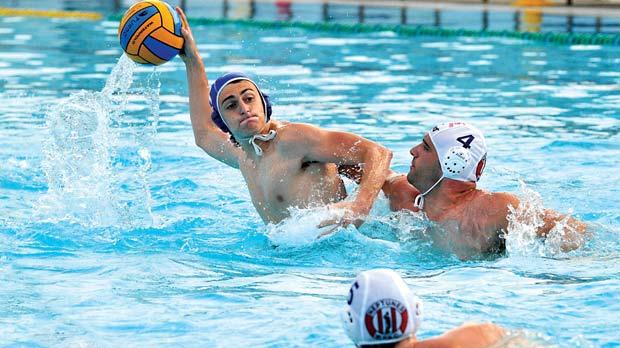 Photo courtesy of The Times

Promising reserve goalkeeper Ryan Sciortino, who was loaned to Marsascala last term was back in the squad and played during the final two sessions.,

Steven Camilleri, scorer of 57 goals for Bogliasco this year and 61 goals for Neptunes last season, was top marksman in this match with eight goals. He was closely followed by Molnar with one fewer, on seven. Captain Niki Lanzon and Steven’s brother Jordan scored two each, and the remaining four coming from Edward Aquilina, Michele Stellini, young Zach Mizzi and Gojkovic.

Russian coach Sergey Markoch made use of all players available for this match.

Neptunes’ next match is on Sunday, June 12 at 5.30 p.m. against Valletta, who, on their return to waterpolo after a long absence, surprisingly beat Exiles 11-10 in their first match.