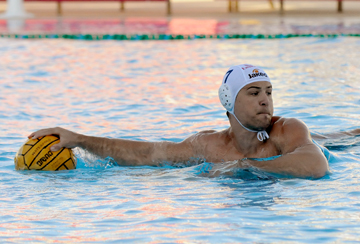 Neptunes’ second preliminary round match produced another goal bonanza against Valletta who were overcome by 20 goals to eight.

Valletta, who were coming from two successive victories, an impressive one against Exiles (11-10) followed by another tight one (16-15) against Ta’ Xbiex, could not match the champions’ undoubted class but, although outplayed for most of the match still managed to pot eight goals.

Robert Kovacs scored five with his deadly shooting and Kurt Hyzler and former Neptunes’ players Giorgio Sammut and Adam Decker, one each.

Neptunes’ 20 goals came at regular intervals. Steven Camilleri followed his eight goals against Ta’ Xbiex with a further six. Hungarian ace Tamas Molnar managed four goals. Captain Niki Lanzon and Montenegrin Vladimir Gojkovic helped themselves to a hat-trick each, Michele Stellini scored two and the rest coming from Edward Aquilina and Matthew Pisani with one each.

Neptunes’ coach Sergey Markoch made use of all his players in the 13-man squad during the match, with Steven Camilleri being rested for the final period.

Sirens’, who lost to Exiles 10-5 in their first match, are Neptunes’ next opponents on Wednesday 15th June, at 8 p.m.