Very often we ask ourselves why the good and generous pass on to a new life and leave us orphaned. We cannot fathom the answer. The best we can think of is that the Almighty wants the departed ones in His blissful abode. Indeed, shining beacons on earth go and meet the Lord to partake of His infinite goodness.

Carol Calleja fits perfectly in this frame. A likeable and generous person of altruistic qualities, cherished by his wife Pat, his daughter, Debbie, his son-in-law, Damian Mallia, and grandchildren Matthew, Rachel and Alexandra, left this earthly abode to join his Creator. 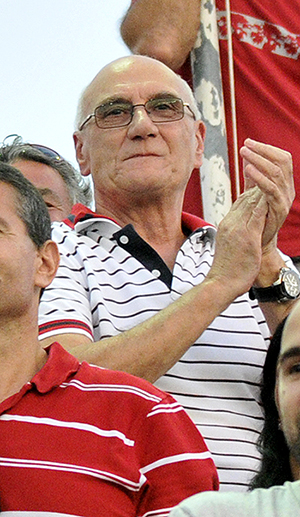 Numerous friends, including the Neptunes family were left to grieve his loss on 17 September after an illness which he fought bravely until the very end.

Carol was of that ilk. He never knew when he was beaten. A born fighter for his principles and all that was close to him in his life.

Carol was lured to Neptunes as a teenager, He immediately started frequenting the club regularly and a few years later he formed part of the Neptunes senior waterpolo team.

He had the distinction of playing alongside Jimmy Micallef Eynaud, Bertie Portelli, Wilfred Mamo, Joe Chetcuti, Tony Albenese, Joseph Wismayer and Freddie Portelli, and together with Anthony Ciantar, Michael Fenech and Joe Ellul, was part of the team that won the League and Cup double in 1964.

A shoulder injury brought his playing career to a premature end, after which his administrative qualities emerged when he was drafted as a Neptunes committee member. It was not long before he became Honorary Treasurer, a post he held for almost 20 years.  It was clear that the man became an integral part of the club he loved so much. His circle of friends grew wider by the day and his outgoing character made for more acquaintances. He was a great benefactor of Neptunes for which the club will remain thankful.

His affection for all that represented Neptunes and his fondness of Arsenal FC were distinguishing features of this amiable person, only surpassed by his love for his family.

He worked closely with Wilfred Mamo, Lolly Psaila and other committee members to  mastermind the fresh water swimming pool project at the club, a fulfilled dream which the members and those who frequent the club are now enjoying and will continue to do so in the future.

Only his vivid memories remain now. His next of kin and his wider family at the club are the poorer without Carol Calleja. But his spirit will remain as an everlasting memory that ties us to the club.

His farewell Holy Mass at the packed Carmelite Church in St. Julian’s especially when his coffin was draped in the Neptunes flag and carried by some of the club’s members and players to the warm applause of the congregation attested to the deep bond there is between him and the club.

We shall always remember him as a man who together with other Neptunes committee members infused new life at Neptunes WPSC, a legacy of which we are all proud.

Carol, you will always be in our hearts.