A fifth league title in a row, the 23rd overall, the 22nd knock-out success to make it a double, as well as landing the eighth President’s Cup, all obtained during a superb unbeaten summer run, has made the 2014 season a truly memorable one for our senior team.

The coup de grace came in the final match against Sliema when we registered a cantering 14-11 win over our sporting rivals who looked resigned to defeat as early as the second session. The result deflated our clear superiority as we gradually stretched our lead to six goals at one stage in the final session after which we went into pause mode. 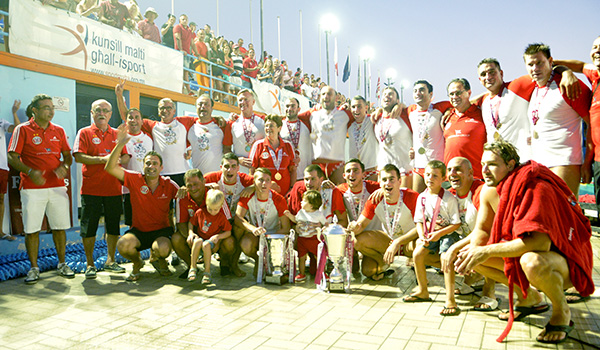 The boys were backed from the terraces by a colourfully enthusiastic group of supporters who turned up at the National Pool with flags, banners and several placards displaying the significant number five. A band was also present for good measure.

Pride and prestige were the prime motivators for both teams, with Neptunes looking to complete their unbeaten spell and Sliema eyeing a morale-building win to atone for a barren summer.

Our resolve to end our commitments on top note surpassed the Blues’ intentions of earning an appeasing result. We had the edge physically and technically, with our units being constantly rotated both in the way they were deployed and in terms of substitutions which had Timmy Agius and Andrew Zarb Cousin entering the fray regularly.

We were four-two to the good in the opening session, with two goals coming from Tamas Molnar, captain Niki Lanzon and Steve Camilleri. The last-mentioned made it 5-2 before our opponents closed in to make it 6-5. We held sway as Peter Biros opened what eventually was his three-goal account. It was 8-5 midway through.

The lads never looked behind despite having been pegged back to 9-8 at one stage in the third quarter. That was the signal for the team to again open the throttle as we scored four in succession to lead 13-8 into the final eight minutes. Stevie had reached his poker to go top of the scorers’ list while Biros netted his third.

It was definitely all over especially after captain Lanzon made 14-8 early in the final part of the game, after which we opted for casual play, allowing the Blues to reduce the deficit to three goals.

The match ended on an emotional note when the genial Molnar left the water with under two minutes left to the ovation of our supporters, especially when embracing our coach Sergey Markoch and his team-mates on the bench.

It was a well-rehearsed epilogue in recognition of this great player who honoured Neptunes and Malta when deciding to end his brilliant career in our country. 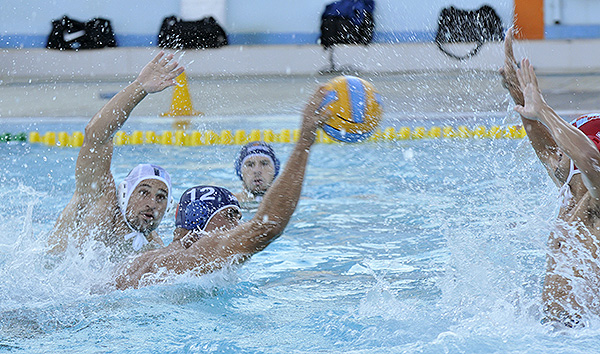 Tamas Molnar netting one of his last goals in his career

The presentation of the BOV Cup to our captain was followed by a triumphant drive on open buses by the players and several supporters and an eventual arrival by boat to the decorated club premises amid flares and deafening applause of numerous supporters on the pool deck where partying went on till very late.

Certainly, the day and the season belonged to Neptunes, the envy of all other teams…!