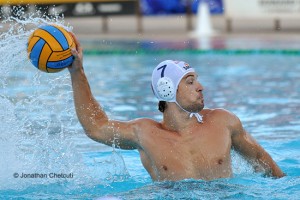 Steven Camilleri collected the highest number of votes to finish as Malta’s top waterpolo player for 2011. He was followed by Neptunes captain Niki Lanzon.

Another Neptune, featured as top waterpolo player in the second division. He is goalkeeper Andrea Sammut who played for Valletta in the summer.

Steven’s choice was no surprise as he had already been singled out during the past season when he won the BoV player of the month award for July and August. So the latest honour for Malta’s top scorer was almost a foregone conclusion.

Twenty-four-year-old Steven, was national top scorer for the past two successive years with a massive 61 league goals for 2010 and 96 in all competitions in 2011. 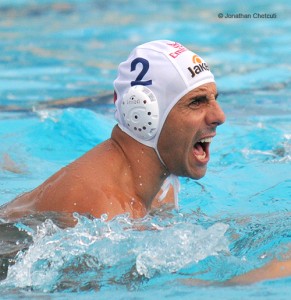 Camilleri and Lanzon between them scored ten of Malta’s 11 goals in the recent European Championship preliminary round matches against Germany – the other was also scored by Neptunes’ player Michele Stellini.

The selection process this year was different to that in previous years. Technical persons from the ASA council, clubs, coaches and referees had submitted their votes after every match.

This is the second time Steven won this award. He was also declared top player in 2007 and was controversially placed second last year as he could not turn up for the national team due to his Italian club RN Bogliasco’s commitments.

Runner-Up Niki is not new either to this award. He had also won the honour twice, in 2001 and 2004 and was runner-up on various occasions.

Hearty congratulations to these winners from The Neptunes Red Army!