Neptunes are pleased to announce the signature of Clint Mercieca who has signed a 4 year contract with the club, following an agreement reached with Sirens ASC. 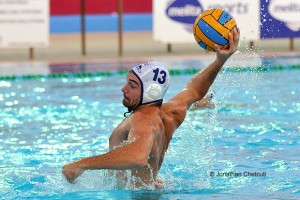 Clint, 29 years old , is a versatile player who will add quality and strength in depth to our existing squad in the next few seasons. A product of M’Scala, he joined Sirens in 2004, and was a key player in the team which won the championship in 2005 and the knock-out in 2004 and 2006. In the 2003/4 season he also played in the Italian A2 league with Bologna.

Upon signing his contract, Clint Mercieca expressed his satisfaction and enthusiasm to be joining Neptunes, and promised his total commitment to help bring further success to the club in the years to come. He will be joining his new team mates for pre-season training immediately.

Welcome Clint and we wish you a happy and successful stay at Neptunes !