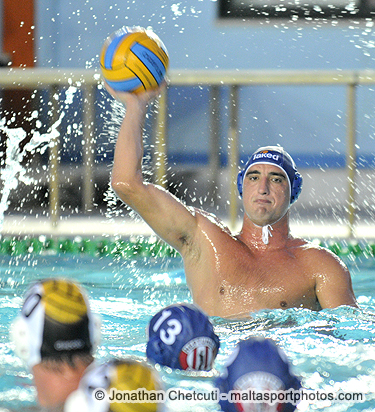 A capacity crowd at the National Pool was regaled to an exciting contest which ended with Neptunes Emirates pipping neighbours San Ġiljan 9-8, a result which means that a decider is now necessary to determine the 2013 champions.

The Reds’ must-win scenario forced them to take the initiative and that is what they did for the first three sessions, with veteran Tamas Molnar calling the tune in terms of goals.

Their teamwork, based on a solid rearguard, was better than the Saints’ could muster. But with their lead hovering on the three- or four-goal mark San Ġiljan forced a commendable comeback to finish within reach of an all-important equaliser when they had possession in the last 21 seconds.

Eventually, Sergey Markoch’s team held out… but only just.

Tight shadowing with quick conversions on the centre approaches marked the proceedings.

The Reds were more potent going forward and led 3-1 after the first session. They continued to show better ideas and more economy in their play. They led 4-1 thanks to a goal from Alaxander Ciric before Matthew Zammit reduced the gap. 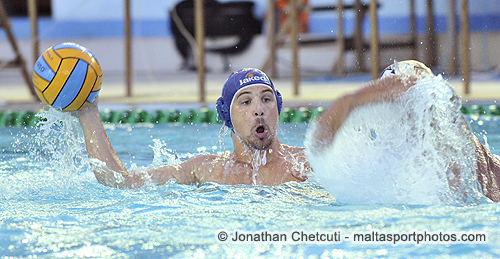 Goals from Molnar and a late one from Paul Fava left Neptunes ahead at half-time.

Niki Lanzon made it 6-3 before Ciric missed a golden chance in the third session. Neptunes paid dearly as the opportunistic Fava netted his third goal for a 6-4 score. A more concentrated Neptunes added to that lead when Molnar converted a penalty.

With the Saints 7-4 in arrears, they had no option but to go for even tighter marking to at least save the game.

Ciric opened a four-goal gap on 8-4 before he was red carded together with Karl Galea with almost five minutes left for the end of the final session. Seconds earlier Jordan Camilleri was fouled out. Biros reduced the gap to 8-5 but Molnar made it 9-5 from a penalty. 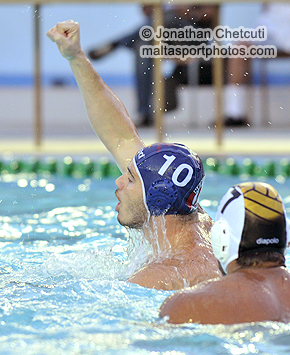 Sean Gravina celebrates his fantastic goal in the first session

With Neptunes suffering a spate of expulsions, came the Saints’ comeback with three goals in quick succession through Dino Zammit (twice) and Christian Gialanze, the last goal coming with 52 seconds left.

San Ġiljan frantically tried to save the game after Neptunes had dangerously opted to play out time in those last moments. In the end, the valiant Saints were denied by the final buzzer.