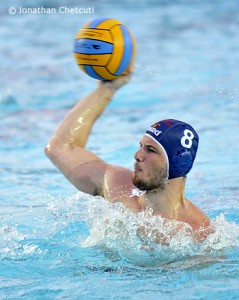 The match between Neptunes Emirates and Sirens turned out to be a one-directional contest, with the Reds decisively on song from the second quarter onwards to register a very comfortable 20-13 victory.

The match had the imprint of eight-goal Tamas Molnar, some power play up front from the champions, a near-perfect eight-on-nine man-up reading and some fine teamwork from the Reds.

A balanced opening session had the teams sharing six goals. The lead alternated with Neptunes drawing level towards the latter part of the quarter.
In a high-scoring second session, Neptunes trailed 5-3 within less than two minutes of the restart but they, especially Molnar, had other ideas, as they picked up to net seven goals for a 10-7 lead before the change of ends.

By this time Alex Attard of Sirens, deployed as last man, was caught on two major faults and consequently reappeared towards the latter part of the game.
The Reds goalkeeper Ian Bugeja came in for Ryan Sciortino in the third quarter. It had been close shadowing throughout, with Molnar’s elusiveness and scoring instinct standing out.

Neptunes again pulled away on 7-4 in this session with Molnar increasing his tally and Steve Camilleri already on five goals despite hanging on two major fouls.

However, Camilleri’s presence in the water prevailed until the end which saw the team guided by Sergei Markoch sealing the match on a decisive seven-goal advantage.

The result rules out the northerners from the race for the title.