Adapted from The Times report by Alex Vella.

Sliema were on a rehabilitation mission as they locked horns with sporting rivals Neptunes Emirates in this big clash.

They duly summoned their aggressive mindset to make their opponents fight for their spoils however deserved they were.

The Reds confirmed that they are the most complete and versatile outfit at the moment, but the Blues can always make a comeback in the play-offs. 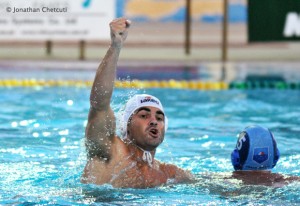 With both teams missing the services of their latest casualties, Paul Privitera and Shaun Gravina, the scoreline was conducted by the champions before goals in the last session opened an unassailable lead.

The Reds had more guns and a perfect man-up card (six on six) while Sliema netted three on seven.

Neptunes led 4-3 in the first session after Sliema took an early advantage. It was still very tight in the second quarter which ended all-square for a 6-5 scoreline at mid-point.

Sliema were labouring to find an ideal shooting position against their opponents’ unyielding rearguard. On the other hand, Neptunes’ supply lines to the centre were equally non productive.

The Balluta Bay team again edged their opponents by the odd goal in five in the third session during which Steve Camilleri and Mark Kallay were hanging on two exclusions.

Sliema kept chasing the scoreline as John Soler reached his hat-trick. There was little in it, though, as the last quarter got underway.

Within barely a minute, the score was level with Kallay completing his hat-trick and eventually making it five goals.

However, Neptunes were unperturbed as they responded with three consecutive goals.

At this point, Sliema conceded defeat as they acknowledged that their opponents were a superior outfit on the day.

So our team made it three wins on three against the Blues so far this season This should be a good omen for the next match and possibly in subsequent play-offs.

Amid the honours won by the great Tamas Molnar on the global stage,and there were plenty of them. This victory over Sliema with his contibution of three goals, should also be of special significance to him since it coincided with his 36th birthday. Many happy returns, Tamas