Just as it is exhilarating to see Steve Camilleri in flowing goal-scoring action it is extremely satisfying to know that his exploits are being acknowledged through the many individual honours he regularly collects. 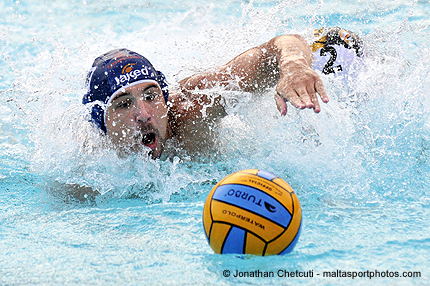 The season’s top scorer, ‘Man of the Match’ several times, ‘Player of the Month’ and ‘Player of the Year’. You name and these accolades are all under his belt.

That he landed the 2013 ‘Player of the Year’ award was in no way an unexpected return for his input thoughout the year. His emerging versatility and scoring prowess have helped our team win the fourth successive league title. His contribution together with that of his colleagues provided the fire-power which helped our favourites win the Winter League and the President’s Cup during the year.

Needles to say, he ended as Malta’s top-scorer in domestic competitions for the fourth year running as well as Malta’s number one marksman in international matches. ‘The Player of the Month’ award on two occasions in summer was the prelude to his triumph in this year’s ‘Player of the Year’ prize which is the fourth in his career and the third one in successive years.

All these achievements at what one might consider to be a tender age of 26 are fast cementing the player as one of the greats, if not the greatest, of Maltese waterpolo.

He is the sixth Neptunes player to win the coveted honour after Freddie Grixti, Chris Galea, John Paris and Adrian Cachia, who each won it once, and another great player, Niki Lanzon, the current Neptunes captain, who landed the prize twice.

Steve’s remarkable scoring feat of 98 goals so far in 2013 (66 for Neptunes and 32 for Malta) provides enviable scoring reading which would be well-nigh impossible to emulate.

Again, a big and hearty well-done to Stevie.