Sliema were deadbent on erasing their 9-5 defeat on Saturday at the hands of Neptunes Emirates, a result which must have hurt their pride.

An unyielding collective performance inspired by some exceptional goalkeeping from Hungarian Istvan Gergely helped them register a 6-4 victory which landed them the President’s Cup, their sixth and on a par with the Reds. 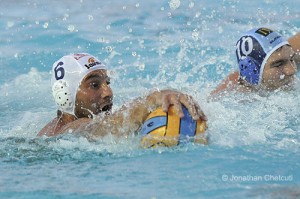 A solid rearguard and a very good three-on-four goals on extra-man sets against their opponents’ two-on-nine mainly accounted for their edge.

Playing the pressing game more effectively, the Blues allowed little time and space for their opponents to carve their way to goal, their 4-2 lead halfway through was fully deserved. Neptunes could not get going and had already been wasteful on their man-ups.

The Reds recovered some lost ground in the third session but kept messing most of their sets on extra men.

Although the Blues had three players hanging on two personal faults at the end of the third session, they kept their cool and sealed their victory when they scored twice for a 6-3 lead which was later trimmed to 6-4 with Gergely still pulling off great saves.

At the end of the match, Ian Azzopardi, assistant treasurer of the Community Chest Fund, presented the President’s Cup to Sliema captain John Soler.