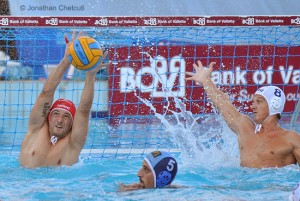 Neptunes Emirates were again in dominant mood yesterday as they recovered in style from last Sunday’s setback against Sliema, to swamp their opponents from Għar id-Dud by a six-goal margin.

This victory put the Balluta Bay team 2-1 ahead in the best-out-of-five play-off to determine the destination of the 2011 championship.

There was no doubt about the legitimacy of Neptunes’ handsome victory yesterday. They were the slicker team, always in control of the situation and in their two foreigners, Vladimir Gojkovic and Tamas Molnar, who netted nine goals between them, they had their principal ace cards.

Sliema, who faltered badly on their extra-man set yesterday, will have to up their game beyond recognition as they did on Sunday to force a decisive last tie which would be a fitting climax to an exhilarating waterpolo season.

The first session was marked by tension from both sides especially on man-ups where the Blues missed all their three sets and Neptunes netted the first one from four. Otherwise it was pretty balanced, with zone shifting quickly to press at both ends. 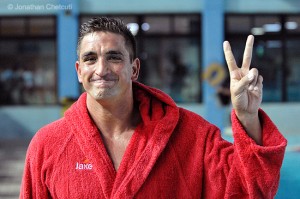 Goals were plentiful in the second quarter, with Neptunes stretching their lead by two goals as Molnar reached his hat-trick. Sliema missed the next two extra-man advantages but not the Reds.

At one point it was 7-3 for the team guided by Sergey Markoch before Mark Meli flicked in to trim the deficit.

Although the Reds appeared to have an edge it was still everything to play for as the third session loomed.

The Reds, particularly, Gojkovic, kept playing the tune as the player from Montenegro reached four goals to leave the Blues stunned. On their part, Sliema had failed on each of their first eight man-ups.

Sliema had no option in the last session but to go for stringent press as they trailed 11-6. Michele Stellini was fouled out and John Soler scored Sliema’s first man-up at the ninth time of asking.

Neptunes were caught in between the crosswinds of either pressing home their superiority or playing out for time. They opted for the former as they built a clear-cut 15-8 lead, later on trimmed to 15-9, amid their fans’ understandable jubilation.
Man-up statistics: Neptunes (three on nine), Sliema (two on 11).