Dr Alex Mizzi, the oldest member and and ex-player of Neptunes reminisces with Alex Vella his experiences of life at the Neptunes club in the early thirties and the game in those days. His answers to the various questions are revealing. 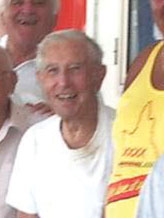 The experience of someone maintaining a long-standing link lasting over eight decades with a club must be endearing. There is a reciprocal satisfaction in such a lifelong connection, bordering on the romantic.

Alex Mizzi and Neptunes fit perfectly into this frame. The man is the most eminent elderly member of our club and he certainly takes pride in this. He is the epitome of what an ex-player and club member should be. His extraordinary faithfulness and love for Neptunes is testimony to this.

Although having to leave Maltese shores to pursue his career as a medical doctor in the United States where he set up his family, Alex, now well into his nineties, still travels across the Atlantic to visit his native country and the club he loves.

He has been doing this for almost a quarter of a century now, thus consolidating his long-lasting connections with Neptunes and the club’s numerous members. Renewing acquaintances every year gives him extreme joy. So does having a dip in our clear sea.

As lucid as when he started playing for Neptunes three decades into the last century, Alex, was very happy to talk to me about his romance with the club. His answers to my questions have certainly helped into a thorough delving into the past.

When did you start frequenting our club?

I joined Neptunes in 1929-30. Prior to that I played with the Under 10 Makku Team at the St Julian’s Waterpolo Club. I remember other players in that team, two of whom were Victor Laferla and Frankie Miggiani.

In which year did you begin your playing career with Neptunes’ top string?

I joined Neptunes about the year the Sirene Tritons came to Malta in the thirties.

Who were your team mates then?

The first Neptunes club team I played for were the Dolphins. As far as my memory recalls some of my playing colleagues were Louis Wismayer, Paul Cassar Torregiani, Marcel Bianchi, Pippo Mallia, GG Gatt (id-Dormi), and Wilfred Gatt. Certainly there are others.

How different was the game in those days than it is now?

Until Toddy Degiorgio (il-Ginger), who was also a prior member at St Julian’s, joined Neptunes we had no regular pitch with penalty and corner flags. When Degiorgo joined there were great improvements. He made the pitch his passion. In those days when the game was stopped for a foul it meant you had to remain still or risk being expelled if you were caught cheating. The game was slower and far different than it is today.

Describe the physical and social environment at the club in your first years down at Neptunes.

When I first joined Neptunes the club consisted of one room with a verandah adjoining the skeletal remains of the Sliema Ferry dock (since removed) which was converted to a fixed diving stage. Behind the club there was the water meter which we also used as a cold water shower.

The social environment was always pleasant. We had some members who always had something funny to say. I remember Pawlu Magro, iċ-Ċeċe, il-Mornen, George Floridia and Nanny Cachia. It was always fun to have these members around, and after sunset our meeting place was at the top of the stairs where conversation was rarely serious. Anyone or anything had his or its turn of being the butt.

Which honours, if any, did you win with our team?

Each member of the team was awarded a small medal about every year in mid-August after the Santa Maria swimming competitions. I used to compete in the 880 yards race and my usual competitor was Degiorgio, whom I sometimes beat and for this I was awarded several silver cups.

How do you compare life at the club in those days with that prevailing now?

The subjects discussed were as intellectual then as they are now. We never took life very seriously. Everyone in turn had his say and the subjects were more or less the same as they are now, but of course of topical interest in those days.

When did you severe your playing days with Neptunes and why?

That was after we won the championship in 1949. In those days I was still practising as a medical doctor. I went to the USA and did not come to Malta every summer as became the case when I retired in January 1989. 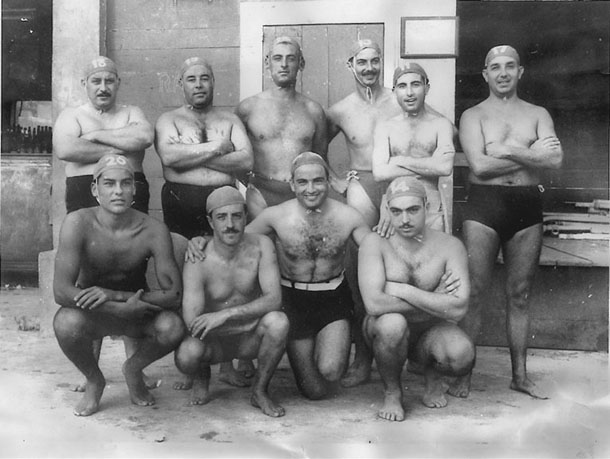 What kept you so close to Neptunes to the extent that you visit the island and have frequented the club every year for over two decades?

I have been retired for over 20 years and most of this time I have lived alone. It was always a welcome change to come over to Malta and spend the summer days on the island. I always loved the sea and I wanted to enjoy it as long as I could.