Four out of five swimmers who represented Malta in the 12th FINA 2014 World Short-Course Championship in Doha, Qatar, between the 3rd and 7th December were from Neptunes. 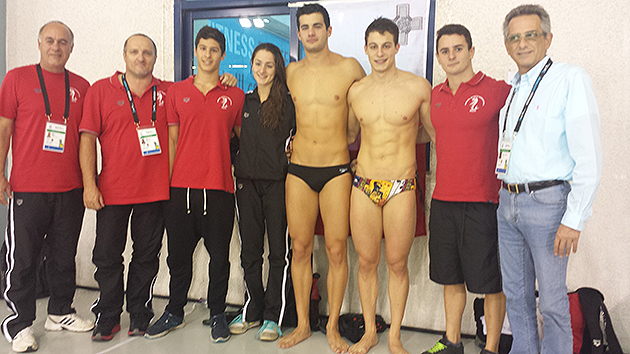 They again did the club proud as they broke five national records, with the sixth coming from Matthew Zammit in the 50 Free.

Neil Muscat broke the 50 and 100 metres Backstroke records when he clocked 26.60 and 57.55 seconds respectively. His sister also set two other limits with 26.34 and 57.99 seconds in the 50 and 100 metres Free, while Julian Harding made new inroads on his previous record in the 50 Breast when he stopped the watches on 28.82 seconds.