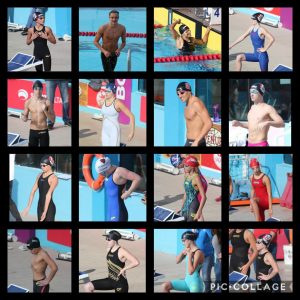 Neptunes swimmer Mya Azzopardi, last year’s Malta Junior sportswoman of the Year will long remember her participation in the international Turkcell competition hosted by the Turkish Swimming Federation for her outstanding exploits, which confirmed the great progress she has achieved through sheer commitment and dedication to the sport she loves so much.

Mya established a new national record in 200m freestyle, in a time of 2:06.48, improving her own mark of 2:06.76 she set in Kazan, Russia during the LEN European Junior Championships in 2019.

She kept up her momentum when setting new national records in the 400 metres individual medley, 100 metres IM and 400m freestyle.

In the 400m Individual Medley, the Neptunes swimmer completely annihilated the previous national best of five minutes 16.36 seconds that stood for the last five years when she touched home in 4:57.75.

On the other hand, Azzopardi set a second national best on the day when she completed the 100m IM in 1:05.54.

On Wednesday, March 24, Azzopardi made it a third national record this time in the 400 metres freestyle when she improved her previously established mark, clocking a time of 4:21:37.  Her previous record, established in January 2020 in Rome, stood at 4:23.88.

Martina Valletta also managed a strong performance in the 400m individual medley swimming under record pace in a time of 5:14.38. In the afternoon session, Valletta, participated in the finals and further lowered her best time when clocking 5:09.40.

Jacques Boffa was the other swimmer to clock a new national record in the 200m freestyle.

Competing in the final, Boffa finished the race in a time of 1:52.78 a mere 0.01 second faster than the previous national best.

Meanwhile, the national team swimmers attended a high altitude training camp in Erzurum, Turkey which came to a close on April 6.

Led by national swimming coach Artem Goncharenko and assisted by physiotherapists from the Physical & Sports Medicine Centre (PSMC), the swimmers were based in an accomodation at an altitude of 2,500m whilst training at an altitude of 1,800m.