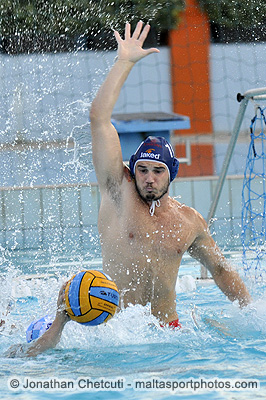 In a gruelling match, which was make-or-break for Sliema, Neptunes Emirates stole another march on their rivals, their fourth this year, to keep a clean slate on 18 points and leave the Blues stranded on six and practically out of the championship race.

The physical element, although seemingly within accepted limits, marred the contest. The Reds conducted the proceedings score-wise but Sliema’s efforts kept them on their opponents’ heels even if at one point in the third session Neptunes led 12-7.

However, the Blues could not quite close the gap in the final stages amid a posse of contested decisions particularly from the Sliema end.

Tension was an overwhelming factor but the champions kept their noses in front.

In a high-scoring opening session, Neptunes led 6-5 with exchanges starting to get fierce.

Excitement was at fever pitch.

The Blues kept up their clean sheet on man-ups when John Soler made it 6-6. Tight marking was the order of the day and that made it difficult for the referees to control. 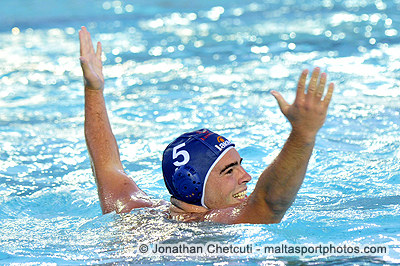 Three goals to Neptunes and one for Sliema opened a 9-7 advantage half-way through. Michele Stellini was out with substitution early in the third session but the Reds increased their lead to 12-7 through goals by Alexandar Ciric and a brace from Tamas Molnar who reached his poker. Mark Meli followed Stellini out of the water after his third personal fault.

Meanwhile, Soler emulated Hungarian Molnar to make it 8-12 before the start of the last session.

Tension kept increasing with Steve Camilleri and Nikolai Lubrano out with substitution almost midway through the session. With about five minutes left it was the turn of captain Niki Lanzon to be dismissed after committing three major fouls.

Camilleri had just made it 13-9 for Neptunes but Damir Buric and Edward Aquilina pulled back two goals before Timmy Agius nipped in to score the Reds’ last goal with a minute to go and put the issue beyond the Blues’ reach.
Sliema 11 – Neptunes 14
(5-6, 2-3, 1-3, 3-2)