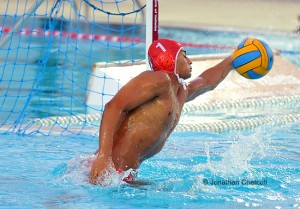 Neptunes Emirates may have lifted off slowly in this match against Sirens. However, when they did they showed their mettle to break their opponents’ initial resistance and thus maintain a clean slate.

After taking a comfortable lead in the second session, the Reds made sure that matters would pass completely in their hands in the third session and thus were able to finish Sirens, who had regular keeper Joseph Sammut absent, in decisive fashion.

Goals alternated at regular intervals in the first session, with Sirens always nosing in front only for Neptunes to level the score. While the northerners were looking confident, Neptunes had a somewhat subdued air about them.

The Balluta Bay team moved up a gear in the second quarter and three goals in less than two minutes had them pulling away on 7-4 and eventually on 8-5 by the time ends were changed.

Vladimir Gojkovic, a class act on his own merit, was already on three goals but he was eventually surpassed by ‘goal machine’ Steve Camilleri. 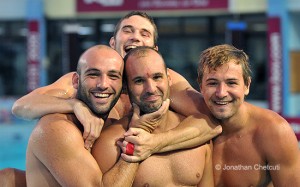 A light moment at the end of the game

Although putting in some tailenders in the third session, including the returning Sean Gravina, Neptunes were able to show the potency of their firing line when netting a remarkable eight goals to put the issue beyond doubt with a session left. Their relentless pace may have gone down by a few notches in that last session as many of their top-order players were on the bench. That did not matter as they had already scored what in cricket terms was a ton.