After a promising start to our 2012 winter league campaign when we secured maximum points in the round-robin matches, we had to concede defeat to Sliema in what turned out to be a topsy-turvy series of play-offs.

On paper one gets the impression that we were literally swamped by the Blues in the first play-off in what can be described as a horrendous outing by our boys, who had coach Sergey Markoch steering the team from the bench for the first time this year. But the lenient control of one of the officials, Stefan Licari, helped in no small measure our opponents who almost manhandled our players every time we had the ball. 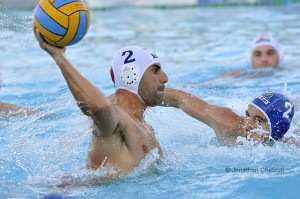 This made us produce a poor performance by all the manjack in our team. Sliema put the Reds off-balance from the word go. We trailed 4-1 by the half-way mark, tossing away several man-up opportunities, at the same time being left prone to our opponents’ breakaways. The trend continued in the third session which we lost 3-2, with more referees’ decisions compounding our plight.

The last session was disastrous for our team, with a further six goals making it 13-5 for Sliema.

Unconfirmed reports say that Sliema’s Michael Rizzo, received a week’s suspension, which meant that he would miss the second match, and if need be the final third match. But was quashed on appeal!

It was the other way around in the second tie when we raised our game by more than a few notches. The team whipped up the score with some impressive finishing, helped at the back by stout defending inspired by goalkeeper Ian Bugeja.

There was also good work by young Benji Lanzon and Sean Gravina, besides the usual useful contribution by the more established units, including that of Edward Aquilina who scored a peach of a swivelling back-hand goal. The 12-6 victory could not have been more deserved.

So it was off to the final showdown. Both teams entertained hopes of clinching the winter title. For Neptunes it would have been the eighth, while the Blues were after their seventh success.

Neptunes supporters were shocked to see that referee Peter Balzan was again one of the officials to take charge of the match.

The ardent Neptunes fan can never accept an official who swung a chair towards Neptunes supporters whilst controlling a juniors match at Exiles Pitch, at the same time vehemently offending verbally our club in general. This incident, for some reason or other was not given its due publicity and few waterpolo supporters know of this scandalous behaviour by a Malta international referee!

This official has been assigned to control important Neptunes matches, time and time again, year in year out.

There was no doubt that Sliema would have the final say. They started like a train, putting in four goals past our bemused rearguard which betrayed gaping holes in the initial stages. An 8-4 deficit by the time ends were changed, forced the team to dig deep into their reserves of resilience and knowhow.

Our failure to deliver the goods on numerical advantages continued to haunt our boys, despite the Blues stalling in the latter stages. We kept fighting and managed to gradually close in after having been 9-5 in arrears. Despite a poor two on 11 man-up success rate, we trimmed the gap to 9-8 with just over a minute left.

However, that final bold flurry, just stopped short of at least forcing extra time. Why? Michael Rizzo was expelled and as he was leaving the pitch he blocked the throw taken by Niki Lanzon. Being in the last minute a penalty throw should have been awarded….but again wonder of wonders this incident was overlooked by the officials!

The Blues were thus able to celebrate their winter league title for 2012 amid understandable strong and vociferous protests by the Neptunes supporters and officials towards the ASA officials and against the disgraceful refereeing that had just been witnessed.

All in all, one could say that it was a bumpy pre-season ride in the home straight for our lads. We hope for smoother journeys during the summer.