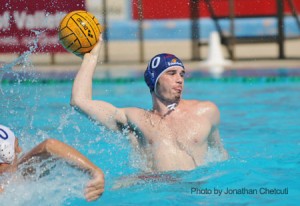 Adapted from the report by Alex Vella, in The Times

Neptunes Emirates, at times at their devastating best, made short shrift of Sirens in the first leg of the BOV Knock-Out semi-final and the Reds’ 17-5 victory should secure them a place in the final on Saturday.

Joe Sammut in the Northerners’ goal could do very little against the avalanche that hit his team and one has the feeling that Sirens’ coach Predrag Zimonjic was a resigned man. Suffice to say that the northerners missed their three man-ups and two penalties, saved one by Ian Bugeja midway through and one by Ryan Sciortino towards the end of the game.

After conceding an early goal, the Reds found some rhythm with Vladimir Gojkovic and Niki Lanzon orchestrating play on the outside positions. Neptunes took a 3-1 lead before Sirens reduced the gap. But the Balluta Bay team regained the two-goal advantage before the first quarter ended.

With Tamas Molnar, scorer of three goals, given major attention in the centre the Reds were still too strong in their forays with playmaker Vladimir Gojkovic looking supreme.

On the other hand, most of Sirens’ passes were going astray and it was no surprise that Neptunes added four more goals to their initial lead. Two of these conversions, netted by Molnar and Lanzon, were backhand gems.

Despite putting a good defensive shield and neutralising the menace of Goran Krstonosic and Czsaba Kiss, the Reds did show occasional signs of over confidence when in possession. In any case, the disparity in the scoreline suggested some flat play from Neptunes.

Sergey Markoch went for more rotation of his team in the last session. Meanwhile, Steve Camilleri kept banging in the goals before he was rested together with the other heavyweights.

However, the Reds were good enough to add to their tally, making the return leg a formality given the teams’ current form.