The year 2011 was a memorable one for Neptunes’ swimmer Neil Muscat. Be it rain or shine, this young boy managed to break a record during each time trial and swim meet.

Neil, brother of national swimmer Nikki Muscat, broke every record possible in his B Age Group for 12/13-year-olds, making him the first ever Maltese swimmer to have all records in his name in a particular age bracket.

In 2011, during the 18th International Easter Meet held at Tal-Qroqq, Neil was again in good form, setting no fewer than six B Age Group Records. 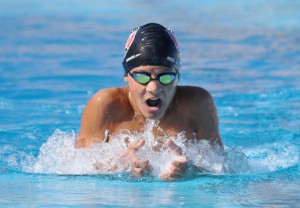 However, his uniqueness was clearly evident on the last day. Despite, fatigue and bad weather conditions he broke yet another three age group records, the 100m freestyle in a time of 1:01.49, the 200m individual medley in a time of 2:31.15. Within less than ten minutes he was again in the water, swimming the 200m freestyle where he set a new age group mark of 2:14.96, improving his own record by 2.05 seconds.

At only 12 years, he was chosen to participate in the FISEC games held in Portugal where he was a finalist in 50, 100 and 200m backstroke. He also set new marks in all the three mentioned races.

During the Welsh Capital Open Meet held in Cardiff in November, Neil Muscat continued to re-write the Maltese swimming record books by breaking another six B Age Group records in two days. The meet was heavily attended by over 700 athletes from the U.K. and Ireland

Even though Neil was competing in the 13/14yr age group and so was racing boys nearly two years older, he also managed to bring home a medal in the 50m freestyle.

During the last Time Trial of the year held at Tal-Qroqq, Neil broke the 50m breaststroke record with a time of 34.33, this being the only remaining group B record that had eluded him out of the 13 events. During the same meet he also set new marks in the 100m breaststroke and in the 200 IM with a new time of 1.14.38 and 2.22.78 respectively. 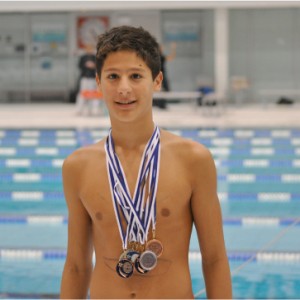