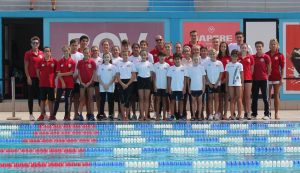 The swim season September 2019 to August 2020 was like no other season. Like the rest of the world the swimming community was hit by the pandemic, which disrupted the swim season and cut it short. 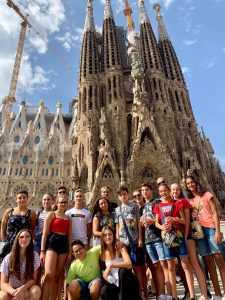 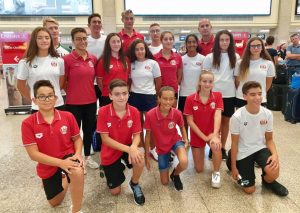 The 2019-2020 season marked the third consecutive season for Neptunes Swimming Head Coach Roland Eskudt. Gail Rizzo has fully committed to the swim team and is now full time Associate Head Coach. Monique Mangion continued to Head the Neptunes school and produced another six new swimmers into the junior squad during 2019.

During the season the Neptunes swimming team took part in the four local competitions organized by the ASA. Unfortunately, due to the pandemic the Easter International meets and the National Championships were not held. Some team members also participated in the Open water series where all swimmers always managed a top five placing.

Although competitions were cut short, our swimmers still managed a number of records during the 2019 -2020. 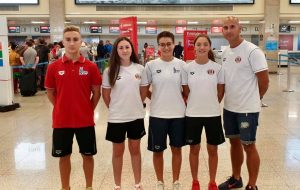 October 2019
During October Neptunes was represented in an open water race organized in Lancara, Cyprus. Sarah Demicoli, Kelsey Borg, Nicole Saia and André Camilleri swam for the club.
Sarah took part in the International Swimming Marathon and raced in the 7.5km race while Kelsey and Nicole competed in the 2.5km event. André competed in the 5k Comen Cup race. All swimmers have been prepared under the dedicated attention of our Head Coach.
André Camilleri finished in an impressive 6th place in the Comen Cup held in Larnaca. It was the first race of the new season and augured well for another great season ahead which was unfortunately disrupted by the pandemic.
Both Kelsey Borg and Nicole Saia made their debut in international opening water swimming in Larnaca. Both swimmers finished in the top 10! Kelsey managed 4th place and Nicole 5th. Sarah Demicoli managed an impressive 10th place in her 7.5km.

November 2019
November was a fantastic start to Neptunes swimmer Mya Azzopardi where she established two National Records. Mya swam in the first Short Course Time Trials of the season, in Frosinone, Italy.
In the 200m Freestyle MYA set a new National Record in a time of 2:03.91 managing 707 FINA Points. 20 minutes later, Mya set a new National Record in the 200m Individual Medley with a time of 2:19.39 (previously hers with 2:21.97).
Mya Azzopardi, André Camilleri, John Hick and Thomas Woods were presented with prize money during November from the ASA for records obtained during the 2018/2019 season. During the 2018 -2019 season Mya managed 12 National records, John Hick managed two Age group records, André managed another Age group record whilst Thomas managed two Age group records within the same event.
Meanwhile, John Hick was in action in mid November in the Long Course Trofeu Mauricio Bekenn in Porto Alegre in São Paulo, Brazil between the 19th and 21st November 2019 and established the following Age Group B records:-
1500m Freestyle in a time of 17:16.46.
400m Individual Medley (IM) in a time of 5:03.40
400m Free in a time of 4:25.03
200m Butterfly in a time of 2:26.09.

December 2019
Mya Azzopardi, Kelsey Borg, Ella Mifsud Bonnici, Nirvana Micallef, André Camilleri and Thomas Woods all made it as semi finalists for the MOC sports awards.
Both Mya and André have made it to the final. Mya was awarded a Bronze MOC award during the ceremony whilst André Camilleri was awarded a Special Award.
December brought another Age group C record to the club where André Camilleri set a new record in the 400m IM during the time trials in a time of 4:57.75.
The team closed off 2019 by travelling to Budapest, Hungary to compete in the XIV. BVSC CYCLE CLOSING COMPETITION together with Head Coach Roland Eskudt.

December 2019: Neptunes swimmers are off to Budapest to compete in the XIV. BVSC CYCLE CLOSING COMPETITION

Neptunes introduced a development fund for its swimmers who have managed to obtain club points in the swimming league or set up an age group or national record during a particular season.
The club appreciated the hard work and sacrifices the swimmers put in on a daily basis and believes this investment will continue to assist the swimmers in their endeavors and also serve as a token of appreciation. The development fund was launched and the beneficiaries were:
Sarah Demicoli, Emilia Galea Testaferrata, Sam Fleri Soler, Mya Azzopardi, Kristina Camenzuli, Kelsey Borg, Nirvana Micallef, Thomas Woods Jnr, André Camilleri, Thomas Gatt and John Hick.
Mya Azzopardi managed to pull off another national record, swimming the short course 400m freestyle for her first time ever. Competing at the Third Time Trials – Meet Regionale in Rome, Mya lowered the existing record by five seconds, setting a new record at 4:23.88.

February 2020
During the month of February the Aquatic Sports Association of Malta had nominated our very own Mya Azzopardi in two categories for the Malta Sports Awards. The Malta Sport Journalists shortlisted Mya as a semi-finalist. Mya had been nominated in the Female Sports Women of the Year Award and the Female Teenager of the Year Award. Eventually she was voted as the best female youth of the year. 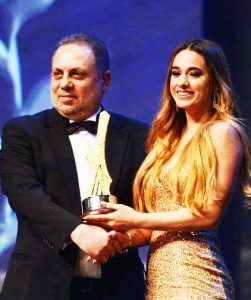 March 2020
Sarah Demicoli together with Head Coach Roland Eskudt headed to Eilat, Israel to compete in the 1st leg of LEN Open Water Cup. Sarah Demicoli swam the 5km race in 1:05:17 and placed 14 out of 31 swimmers. Indeed a fantastic result. Following the 5km open water race Sarah Demicoli was again in the waters of Eliat, Israel to race a10km open water. Sarah managed a fantastic 21st position out of 30 top-level athletes. Sarah swam the distance in 2 hours 10min and 39s seconds.
Neptunes was very proud to present three swimmers, Ema Cassar, Shire Richardson and Gianni Schembri for qualifiers for the World School Swim Championships 2020, which were to be held in London, England between 17th and 21st May 2020. All three swimmers swam very well, however, unfortunately, the competitions were cancelled due to COVID.

July 2020
After months of lock down Neptunes participated in the ASA time trials during which the team had a visit from Mark Nemeth who is currently working with the Management team of Katinka Hosszu. Mark, is a long time friend of Head Coach Roland Eskudt and has represented Hungary at the highest level of swimming. Neptunes are working in close collaboration with the Hungarian Iron Swim team. During the ASA B2B swim festival Mark presented the top squad swimmers with Iron Swim caps.

During the second races in the series Neptunes team took part with fantastic results.
Sarah Demicoli retains 1st place and Kelsey Borg upped her performance to finish in 2nd place.
In the men’s category Thomas Woods gained 1st place and he was followed by André Camilleri in second place. 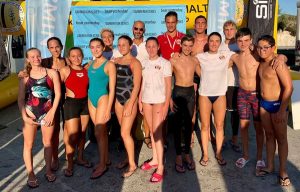 André Camilleri was first in the men’s race with a comfortable two-minute lead. Sarah Demicoli once again won the women’s race where she continued to cement her dominance. Kelsey Borg put in another solid performance and managed 2nd place once again.

On August 16th another B’kara open water race was held and Neptunes’ swimmers continued to dominate. First placings for Sarah Demicoli and André Camilleri and second place for Kelsey Borg.

The open water series came to an end on August 19th. Once again Neptunes swimmers dominated.
Sarah Demicoli swam to a comfortable 1st place and confirmed her dominance once again, swimming the distance of 4km in 54min 30 seconds.
Rising star Kelsey Borg managed 2nd place in a time of 56min 7seconds with a very comfortable lead over 3rd place of almost three minutes.

André Camilleri dominated the race and secured 1st place in the male category once again in just over 50minutes.
Hard working Luca Vella has been knocking on a podium finish throughout the series and today secured third place in 56min 5 seconds, just 12 seconds away from 2nd place. 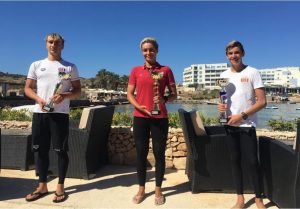